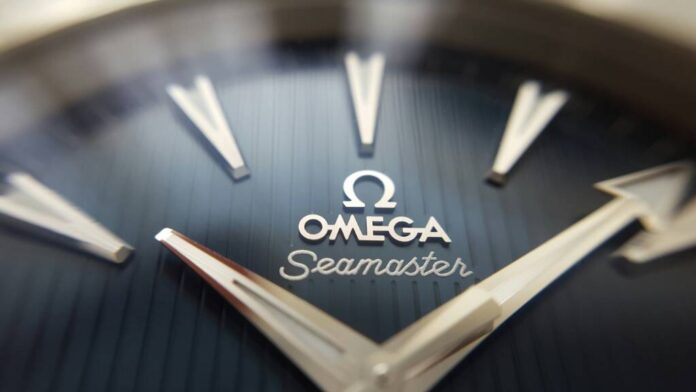 Omega watches had their moments in history, and all those moments are still some of the most unforgettable. Throughout Omega’s history, they have pushed the boundaries of wristwatch timekeeping with high precision and durability. Omega watches have performed an important role in the history of watchmaking, from winning efficiency tourneys to becoming a member of the first lunar missions.

The Omega Seamaster, which was produced to mark the occasion of Omega’s 100th anniversary, has gained prominence among divers and watch connoisseurs alike. After being the official watch of James Bond in the 1990s, the watch garnered so much more popular appeal. Finally, the Seamaster Collection has become a coveted wristwatch and one of Omega’s most long-running models. Its sensational watches have been significantly improved to withstand extreme weather conditions and pressure in deep water. Here’s a list of sensational Omega Seamaster watches.

One of the sensational Omega Seamaster watches is the Aqua Terra Captain’s Watch. This amazing watch has a 41.50 mm stainless steel case that has been brushed and polished. The refined bezel contrasts beautifully with the brilliance of the stainless steel bracelet and the silver, luminous dial. It has a dial with a “teak pattern,” which is a signature of the Aqua Terra line. A vertical pattern, influenced by the wooden decks of luxury boats, adds a nice dose of style to this sports timepiece.

The hour markers are brushed and polished 18k white gold. There is a date window instead of the marker at 3 o’clock. Facetted blue hands with Super-LumiNova coating look stunning on the light surface. The central seconds hand has a yellow tip to make it easier to read. The brand logo, as well as the engraving “CO-AXIAL CHRONOMETER” and non-numeral indices on the minute track that runs inside the other rim, are red. They delicately recognize Davis Love III’s national flag when combined with the blue color of “Seamaster,” “150m/500ft,” and numerals on the minute track.

A sapphire crystal-encased polished screw-in case-back reveals an OMEGA Co-Axial Caliber 8500 self-winding movement. Together with a co-axial escapement, it has a Si14 silicon balance spring, which provides excellent accuracy, stability, and durability, earning its COSC certification. The water-resistance of the OMEGA Seamaster Aqua Terra “Captain’s Watch” is up to 150 meters (500 feet). This is the type of watch that every watch enthusiast of the product line would want to have in their collection.

To mark the anniversary of 50 years with James Bond filmmaking, the highly regarded Swiss watchmaker made a special redesigned edition of the classic Seamaster Diver 300M James Bond timepiece, which was worn by the world’s most famous spy in Golden Eye and subsequent journeys. Although they were published as Limited Editions, one can assert their exclusivity, since there are even 11007 pieces of the 41 mm model produced, whereas the smaller version with a 36.25mm case comes in an edition of 3007 pieces. Both models have stainless steel cases with ceramic unidirectional rotating bezels and matt chromium nitride elapsed diving-time scales. The number 50 is highlighted in red to emphasize the anniversary year. Both watches come with brushed and polished OMEGA proprietary screw-and-pin stainless steel bracelets. The most contentious aspect of the sensational watch is the 007 monogram pattern on lacquered black dials, which has already sparked debate among Omega’s dedicated fans.

It has a fantastic screw-in case back with the gun-barrel effect seen in the opening sequences of James Bond films Another unique feature is a “bullet” adorned rotor identifiable through the central sapphire crystal glass with anti-reflective coating on the inside. The hour index is distinguished by a diamond marker at 7 o’clock. Because of the white SuperLumiNova coating on the hour markers and the green SuperLumiNova coating on the minute hand and the 12 o’clock bezel marker, the dial is exceptionally legible even in low-light conditions. This watch has a 300-meter water-resistance rating (660 feet). A helium escape valve, which allows gas to escape during decompression, is another feature that it also offers.

For over 25 years, the Omega Seamaster 300m was a coveted dive watch, rivaling the Rolex Submariner. Omega updated the Seamaster 300m to the regard we see today. A new movement, dial, hands, indices, and helium escape valve were among the updates. This watch is just as sensational as it is functional.

The Omega Seamaster 300 Master Co-Axial received the last parts of its name because of it includes anti-magnetic technology in the caliber with three-lever escapement and the COSC chronometric certification for its accuracy. This model comes in two versions: steel or a bimetallic housing with steel and Sedna rose gold segments. The bezel on the watch is unidirectional and has a ceramic ring insert. It also has a translucent caseback that reveals the most significant difference between the two pieces—its in-house Omega 8400 caliber with self-winding. Magnetic resistance that exceeds magnetic fields with a strength of 15,000 gausses is also provided by the movement with a co-axial escapement.

The bidirectional automatic winding stores sufficient energy in its twin barrels set in series to power the piece for approximately 60 hours. Its power storage is filled visibly faster due to the winding in both directions. Regarding the movement’s decorations, bridges and the oscillating weight display the Geneva striping in arabesque. As the name suggests, this watch has a construction that enables it to be water-resistant to 300 meters. The 41-inch-wide housing that houses the in-house movement is made of steel or a combination of steel and the brand’s signature 18-karat red gold alloy with copper and palladium. A domed sapphire crystal with glare-proof treatment on the inner side is included with the watch.

Omega’s stance on water-resistant watches is indeed the Seamaster. The series appeared first on the market in 1948, and since then it has grown and enhanced to include a plethora of different models and possibilities to suit a wide range of adventurous ways of life. There are professional diving watches, gorgeous sports watches, and vintage-inspired timepieces, moreover, are various complications. Getting one will be truly valuable. There is a Seamaster for nearly every wrist, from the boardroom to the decks of a luxury yacht and even several hundred meters below the surface of the sea.

How to Stay Fit and Healthy as You Age 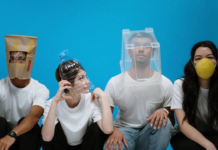 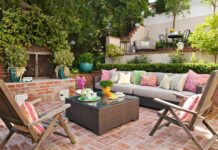 What is a Thermogenic?

What is the price of a drone kit? Is it cheaper...

What New Users Of Electronic Cigarettes Can Learn From Aroma King...