Tubal ligation, also known as “having your tubes tied,” is the most popular form of contraception worldwide. In the United States alone, it’s the method of choice for about 30% of married couples.

It’s more than 99% effective at preventing pregnancy and is a permanent procedure, making it ideal for individuals who don’t want to start a family or who have already had as many children as they would like.

While that sounds great, it’s not a decision to make lightly. Like any major medical procedure, your should be aware of the risks and complications that can come with it.

If you’re considering having your tubes tied, here are some facts you should consider.

Unlike a vasectomy, which can take 10-30 minutes to perform, having your tubes can be a complex and invasive ordeal.

One method requires a surgeon to make multiple incisions in the abdomen to access the fallopian tubes. Once the tubes are accessible, they need to be clipped, banded, or cut and sealed.

The other common method involves accessing the uterus through the cervix. The surgeon will place devices in the fallopian tubes to block them, and scar tissue will form over these blockages to prevent sperm from entering.

Recovery from either technique can take a week or longer. And while uncommon, complications can occur.

Potential issues can include damage to the uterus or fallopian tubes. Besides being painful, that damage can cause the tubal ligation to fail. If this happens, you may still get pregnant and will need more surgery to fix the problem.

2. It Can Increase the Risk of an Ectopic Pregnancy

An ectopic pregnancy occurs when an egg becomes fertilized and starts to grow outside of the uterus. These pregnancies are not viable and will always fail. However, they can cause a life-threatening medical emergency.

If an ectopic pregnancy occurs in the fallopian tube, it can cause the tube to burst or rupture. This can cause internal bleeding and requires immediate surgery.

Getting pregnant after having a tubal ligation is uncommon but not impossible. If this happens, the odds of the pregnancy being ectopic are higher because the fallopian tubes are blocked off, and the fertilized egg can’t escape.

3. Some Women Will Change Their Minds

As many as 28% of women who undergo tubal ligation later regret their decision. Which is understandable. As the procedure is supposed to be permanent.

It’s not impossible to start a family after tubal ligation, however. Because having your tubes tied doesn’t involve the removal of the ovaries or the uterus, in vitro fertilization is still an option. In some cases, tubal reversal may be possible.

A tubal reversal means repairing the fallopian tubes. With modern techniques, the procedure has a high rate of success. And it costs a fraction of what in vitro fertilization would.

To learn more about the procedure and the outlooks you can expect, check out tubal-reversal.net

Consider Your Options Before Having Your Tubes Tied

Tubal ligation may be an excellent option form of contraception. But as a life-changing procedure, it’s crucial to weigh the facts before having your tubes tied. If you’re on the fence, opting for an alternative form of birth control may be the right choice for now.

At every stage of life, it’s important to have as much information as possible before making healthcare decisions. To ensure you’re always well-informed, be sure to keep up with our latest health and lifestyle news and guides. 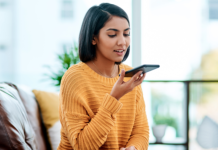 NLP 101-Al you may need to know about Practicing NLP

Used Appliance Repair Near Me: How To Choose the Right Service 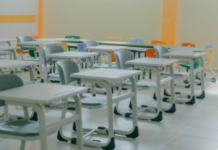 5 School Furniture Buying Mistakes and How to Avoid Them

Why is used car valuation beneficial before buying a used car

How to Relieve Neck Pain Naturally

The Benefits of SMS Marketing